In search of Tim Merlier's successor!

The 77th edition of Danilith Nokere Koerse will be held on Wednesday 15 March 2023. The riders have to face 25 kilometres of cobblestones, spread over 193.6 km. We are looking for a successor to Belgian champion Tim Merlier. He won immediately on his first participation in our race.

In the final sprint, he easily won over Max Walscheid and co. Seasonal revelation Arnaud De Lie had to make peace with third place. A dream scenario for the 30-year-old from Kortrijk. As a little boy, he regularly came to watch our race. Afterwards, he said that the race was a home match. All the supporters certainly made sure of that. A massive crowd of fans at the 76th edition of Danilith Nokere Koerse pushed the riders to the front.

A group of five riders broke away from the peloton early in the race. Lagrée (B&B Hotels-KTM), Carpenter (Human Powered Health), Verwilst (Sport-Vlaanderen-Baloise), Vanoverschelde (Tartaletto-Isorex) and D'Heygere (Minerva Cycling Team) rode alone on the first passage at Nokereberg. Afterwards one of the favourites, Hugo Hofstetter (Team Arkea - Samsic) crashed. While he was looking to rejoin the peloton, other teams without a sprinter tried to destabilise the race. Just before the second passage, the leading group was caught. Not only in the women's race, but also in the men's there were some crashes. Iljo Keisse (Quick-Step Alpha Vinyl Team) crashed together with Louis Blouwe (Bingoal Pauwels Sauces WB).

All the riders come together again in the final race. The winner will be decided in a mass sprint. In the end it is Tim Merlier who lives up to his role as favourite. He wins the sprint convincingly over Max Walscheid. Arnaud De Lie completes the podium. Just like last year, when Ludovic Robeet (Bingoals Pauwels Sauces WB) won, a Belgian rider wins again. 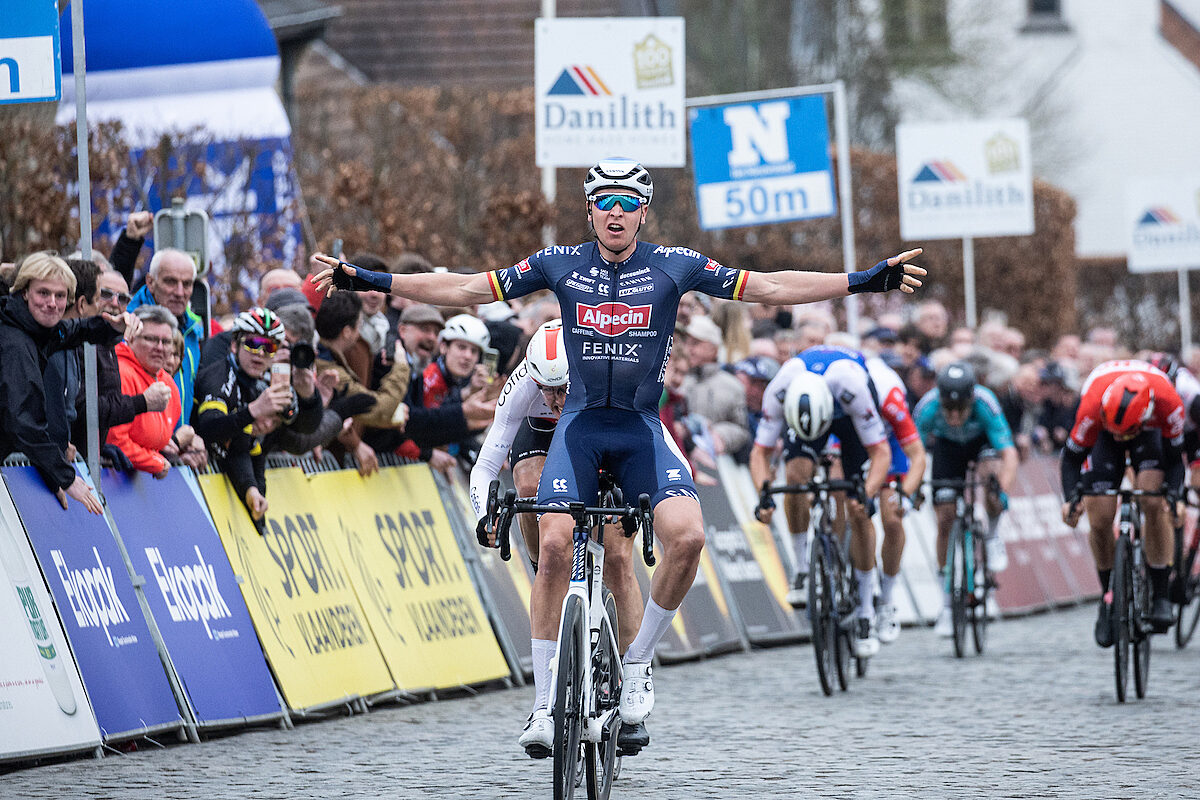