The women's version of Danilith Nokere Koerse is only at its 3rd edition, but may already host its second time in UCI ProSeries. For the first time, the race will also be broadcast live on VRT-Sporza, on Canvas and on Eurosport. And the viewers will not be disappointed ... Not only is there an attractive course, equal to the prize money of the men's race, but above all, the world's top teams will be at the start in Deinze.

Race director Gil Steyvers: "Of the 14 Women's World Teams, 12 are eligible to start in Danilith Nokere Koerse. In addition, 8 strong continental teams will start. We are satisfied with the quality of the field.3

Riders to keep an eye on include: 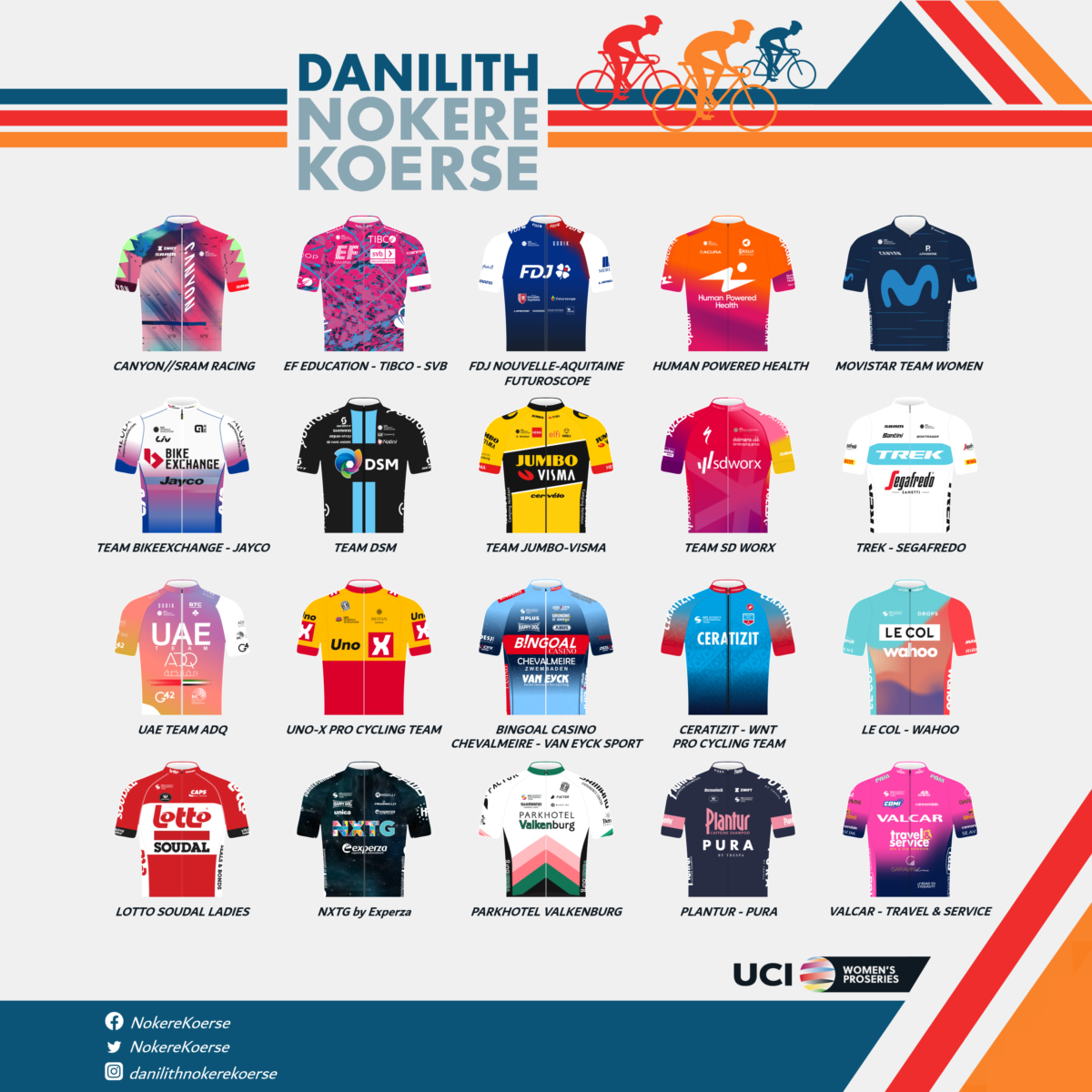