The field of participants Men Elite

On Wednesday, March 16, 2 times 20 teams will start their Danilith Nokere Koerse in Deinze. Chairman Robrecht Bothuyne: "With smaller pelotons we aim for a safe and spectacular race. Both the men and the women have a new course with respectively 25 and 15 km of cobblestones. Both races can also be followed live on TV.'

It was also announced earlier that Danilith Nokere Koerse was the first race to equalize the prize money for men and women.

Names to keep an eye on include: 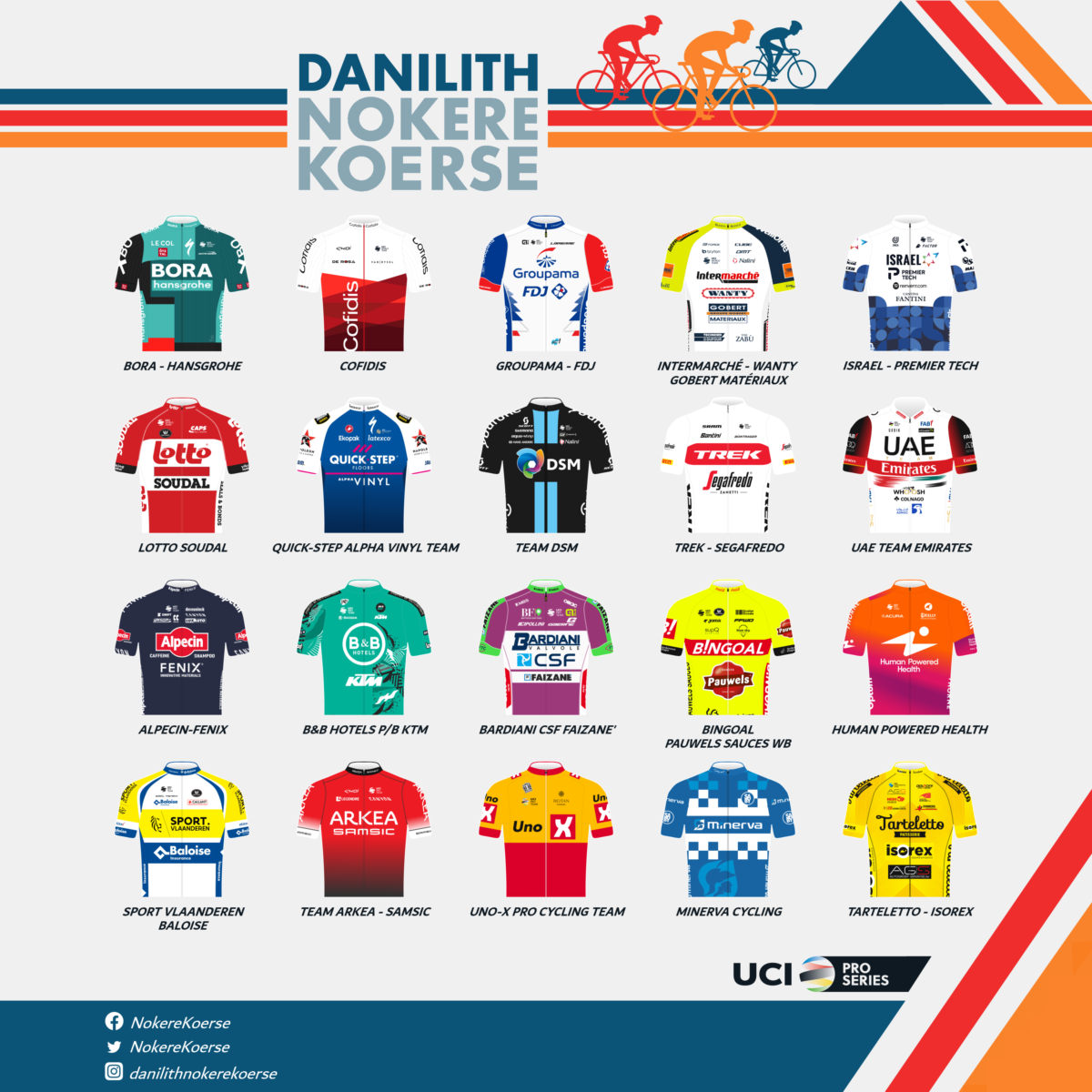